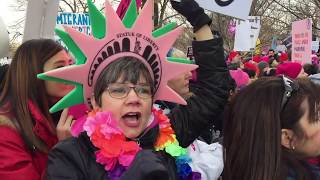 The March: This is what proaCTive CT looks like!

The Climate/Jobs/Justice March this past weekend in D.C. was hot, hopeful and defiant enough to rally hundreds of thousands of marchers, once again, as well as across 370 cities and town squares across sinking land masses everywhere. This is becoming a habit-forming movement in this era, and just in the nick of time.

(our beloved band of marchers in D.C.: Nate Yordon, me, Pam Arifian, and Tim Hughes)

A bunch of us were sitting on a friend’s front porch afterwards, panting and reflecting as the sun set into the hills of Arlington, VA, and my friend Marnie Green Keller, who happens to be a brilliant strategist and marketer declared, “The Democratic Party has a messaging problem. It’s not communicating a rallying message of urgency, hope and engagement.” Indeed, and the Republican Party has its own descent of chaos, best summed up as #weblameObama. So we are proud to offer new mottos for both:

First, the Republican Party: ‘We F@cked Up.’ It’s short, easy to remember, and even true. And it’s Biblical in its collective confessional. Everyone loves to root for the redemption story. Or substitute ‘We screwed up,’ in a nod to the evangelical crowd. This motto would be paired with a singular bold initiative to launch and live out its redemption. ‘Feed My Sheep’. This is what Jesus said to Peter after he was Resurrected, over breakfast on the beach (John 21:15-17), after he asked Peter, “Do You Love Me?’ When Peter answered, “Yes, Lord… you know I do,” Jesus responded, “then Feed My Sheep’. What if the Republicans single handedly took that charge, and literally set about ending hunger in America, especially ending hunger among our nation’s children? This is so doable… and would be a YUGE win for whoever took credit. As they are successful with this, they can take the show on the road and avert famine in Madagascar, Ethiopia, South Sudan, all areas affected by desertification, drought, food shortages, with whatever model emerged as best fit with the local communities in need. They could use whatever innovation, delivery system, corporate technology that our best economic engines have to offer to implement ‘unlocking the food’ and bolstering the security of the nation by ensuring everyone is fed: the best and the worst, just try it out a public works/jobs project, from drone-drop food packets across the mid-west, to subsidized FedEx, Amazon and PeaPod prepared food delivery, Postal service expansion to food delivery, or public-works grocery stores in food deserts, schools, communities, coast-to-coast. Do you love your country? Do you love your country? Do you love your country? Then feed its children. 'Feed my sheep.' Show us that love.

I was so moved by Nicolas Kristof’s piece in the NYTimes ‘What We Saw in Madagascar’- (https://nyti.ms/2i0xlva), an expose´ on the climate change refugees facing famine, that I was ashamed we were congratulating ourselves through shared social media of the best signs in the marches instead of reflecting how the damage wreaked by our carbon-heavy habits and consumption devastate real people, especially real vulnerable children.

Overheard shouted to child running ahead: 'Kids! Stay with your hive!' Washington, D.C.

When I was involved in the Youth Ending Hunger movement of the mid-1980’s, we realized that we had the resources and technology to end hunger by the year 2000 on planet earth. All we lacked was the collective will, so young people and students across the country got busy rallying that will to end hunger, the same will that supported the research and implemented effective end to polio, smallpox and even tuberculosis. Yet 17 years after that deadline came and went, after the United Nation Millennium Goals were still unrealized, not only are we facing widespread global famine crisis again, and again, we are witnessing in real time the millions of children who are dying